A group of 12 Royal Bermuda Regiment Junior Leaders at the weekend flew to Britain for two weeks of training and adventure.  The teenage soldiers will join the Combined Cadet Force from the Royal Hospital School Suffolk, England, for the two-week exercise in Lincolnshire, designed to test their skills and provide adventure training.

Junior Leaders’ Corporal Xela Swan, 16, said: “I want to see the differences in what we do here and what they do there and I want to expand my knowledge and skills.”

The four-year veteran of the organisation, a pupil at Somersfield Academy, added she had joined up after a friend recommended it.

Cpl Swan, from Pembroke, said: “I thought it was interesting – I joined and I never left.”

Private Jesse Williams, 14, also a Somersfield pupil and from Devonshire, has been a member of the Junior Leaders for just over a year.

He said: “I enjoy it very much. I’m really looking forward to going to England.”

Pte Williams added: “I thought the Junior Leaders would be a great training opportunity and open up a lot of doors in my life. It also allows me to meet new friends and have new experiences. It would be great to go on to the Regiment.”

Major Henry Campbell, the RBR officer in command of the Junior Leaders, said the trip would allow the young soldiers to meet up with Lieutenant-Colonel Mike Beard, a former Staff Officer in the RBR and now Regional Commander for the Combined Cadet Force in Suffolk.

He added the Bermuda group would practice patrolling, orienteering and map work and take part in adventurous training during the trip.

Maj. Campbell said: “The last trip was three years ago to Canada and they’re all very excited at the prospect.

“It will be a culmination of what they’ve done in Bermuda and gives them a chance to practice what they’ve been taught.”

He added that – as the RBR is now a Duke of Edinburgh Award service provider – the trip will give Junior Leaders working towards awards credits for their work in the UK.

Maj. Campbell, who will lead a team including Lieutenant Gordon Emmerson from the RBR, Junior Leaders’ Lieutenant Claire Lightbourne and Sergeant Major Darren Millett, said: “It also gives us a chance to assess them for promotion and achievement badges as well.” 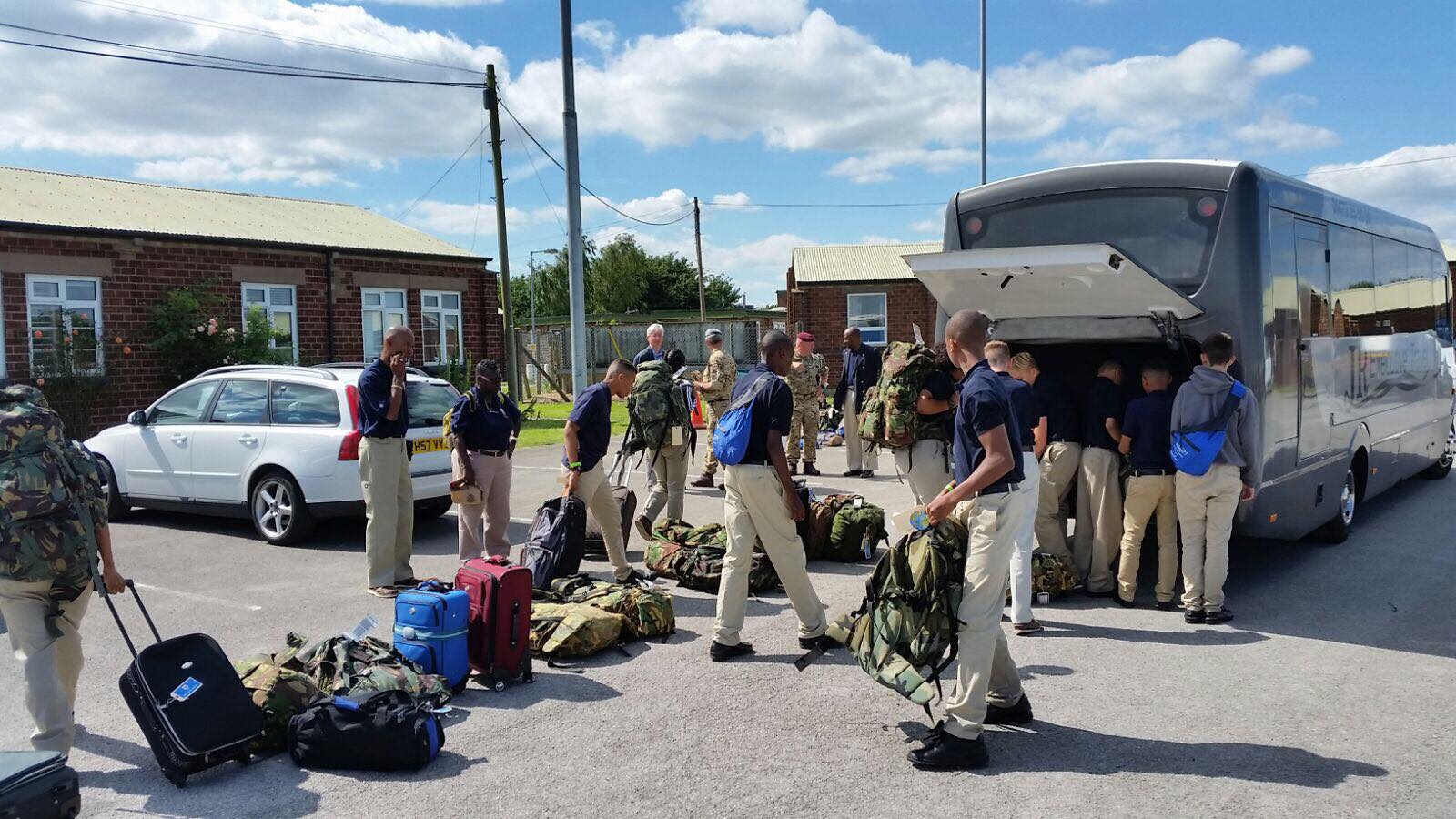